Meet Caulilini, a New Vegetable (Which Isn’t Actually That New) 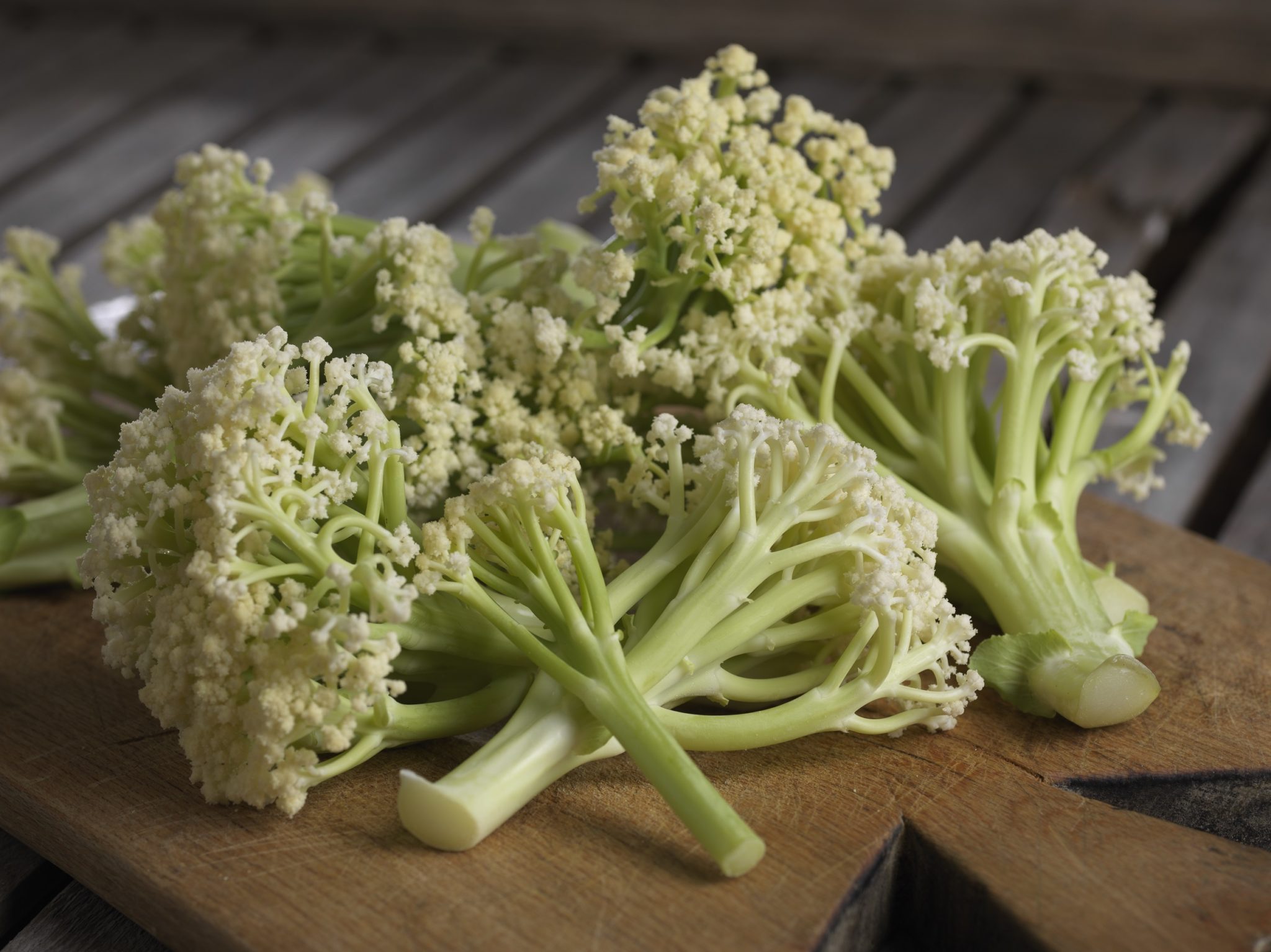 03 May Meet Caulilini, a New Vegetable (Which Isn’t Actually That New)

Posted at 11:10h in Food, Plants by Tyson
Share

From one species—Brassica oleracea—we get a truly astounding variety of vegetables. Napa cabbage, bok choy, romanesco broccoli, Brussels sprouts: those are all the same species, just achieved by cross-breeding again and again to come up with something different. A California company just introduced the newest one: caulilini.

Caulilini comes from Mann’s, a vegetable producer owned by Del Monte and based in California. Mann’s might be best known as the first American distributor of broccolini, a variety of broccoli with a long, tender stem and smaller florets. Caulilini, the company hopes, will do for cauliflower what broccolini did for broccoli. (Make it longer?)

The company describes caulilini as “baby cauliflower,” though it’s not really a young version. It, like broccolini, has a long, narrow, and tender stem, and looser, smaller florets. It’s a striking vegetable, as the stem, unlike in regular cauliflower, is green, while the florets are a sort of blonde color, giving the vegetable a two-toned look.

Mann’s has noted in interviews, though, that caulilini is “an Asian variety.” He’s right: for a huge chunk of the world, caulilini, or varieties of cauliflower very similar to it, aren’t new at all. Much of the cauliflower eaten in China is of this variety, where it’s called song hua, and sometimes described by seed-sellers as “loose cauliflower” or “flowering cauliflower.”

Matter of fact, this variety can also be found in the United States: not just in Chinese grocery stores, but all over, if you know where to look. Burpee sells seeds for a variety of cauliflower called Fioretto which might look familiar.

In other words, caulilini might be a new variety, but there are plenty of cauliflowers around that look an awful lot like it. What those cauliflowers don’t have is a catchy name like caulilini.