The Health Benefits of Spinach 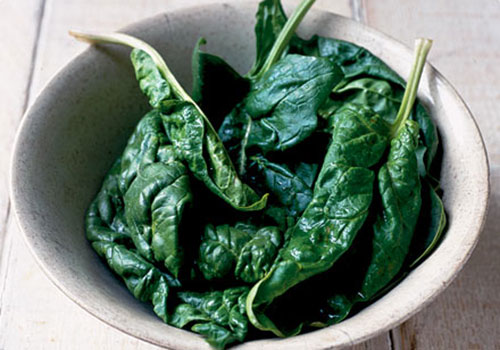 22 Jan The Health Benefits of Spinach

Posted at 11:00h in Food, Plants, Uncategorized by Gray
Share

Spinach is believed to be of Persian origin. By the 12th century, it spread across Europe and became a desirable leafy green known for good health; a reputation that stands firm to this day. The name Florentine is often used to describe dishes containing spinach (and a creamy sauce). It is thought that this name dates back to the 16th century and the Italian wife of France’s Henry II; Catherine de Medici. The unverified tale states that Catherine introduced spinach to the Court of France and to honour her Italian heritage, she then decided to call any dish containing spinach Florentine.

Spinach belongs to the chenopodiaceae family (also known as goosefoot), a family of nutritional powerhouses including beets, chard and quinoa. It shares a similar taste profile with these two other vegetables; the bitterness of beet greens and the slightly salty flavour of chard. There are three different types of spinach generally available: savoy, semi-savoy and smooth leaf.

…The popeye effect
There is much lore regarding spinach, most famously as the source of Popeye’s strength. When faced with the sight of trouble, pipe-smoking sailor-man Popeye would burst open a tin of spinach. Once consumed, his biceps would bulge and his new found strength would see him overcome his enemies. Although there is definitely lots of goodness in those leaves, the legendary status Popeye bestowed on it is slightly inflated.

Nutritional highlights
Spinach is available all year round but is in season during the spring (March – June). It is well known for its nutritional qualities and has always been regarded as a plant with remarkable abilities to restore energy, increase vitality and improve the quality of the blood. There are sound reasons why spinach would produce such results, primarily the fact that it is rich in iron. Iron plays a central role in the function of red blood cells which help in transporting oxygen around the body, in energy production and DNA synthesis. Spinach is also an excellent source of vitamin K, vitamin A, vitamin C and folate as well as being a good source of manganese, magnesium, iron and vitamin B2. Vitamin K is important for maintaining bone health and it is difficult to find vegetables richer in vitamin K than spinach. Others include kale, broccoli and green cabbage.

Research
The dark green colour of spinach leaves indicates they contain high levels of chlorophyll and health promoting carotenoids (beta carotene, lutein and zeaxanthin). These phyto chemicals have anti-inflammatory and anti-cancerous properties and are especially important for healthy eye-sight, helping to prevent macular degeneration and cataracts.

Spinach has good levels of iron, but not quite as much as originally believed as rumour has it researchers placed the decimal point in the wrong place! It is important to note that there are two forms of dietary iron: ‘haem’ iron and ‘non haem’ iron. Haem iron is found in animal products and is the most efficiently absorbed form of iron. Non haem iron is found in plant foods (such as spinach) and is a little harder for the body to absorb in comparison. However vegetarians, those who experience iron-deficiency anaemia and those who are pregnant are encouraged to include green leafy vegetables such as spinach as part of a balanced diet.

How to select and store
Fresh spinach should be medium to dark green, fresh-looking and free from evidence of decay. It should be stored loosely packed in a sealed plastic bag in the fridge where it will keep for about four days. Do not wash spinach before storing, as the moisture will cause it to spoil, although do ensure it is washed properly before consumption as the leaves and stems may collect soil and chemicals. Raw spinach has a milder taste that some describe as metallic once cooked. If cooking, opt for steaming, sautéeing or microwaving spinach rather than boiling to preserve the nutrients.

Safety
Spinach contains a high amount of oxalate. Individuals with a history of oxalate containing kidney stones should avoid over consumption. A low oxalate diet is usually defined as containing less than 50 milligrams of oxalate per day. A 100g serving of spinach has more than this and so is best avoided.

The high levels of oxalic acid in spinach has long been thought to inhibit the absorption of important nutrients such as iron and calcium, although some studies suggest that the effects of oxalic acid are minimal. Lightly cooking or wilting spinach is thought to reduce the oxalic acid content.