When Kale and Brussel Sprouts Combine 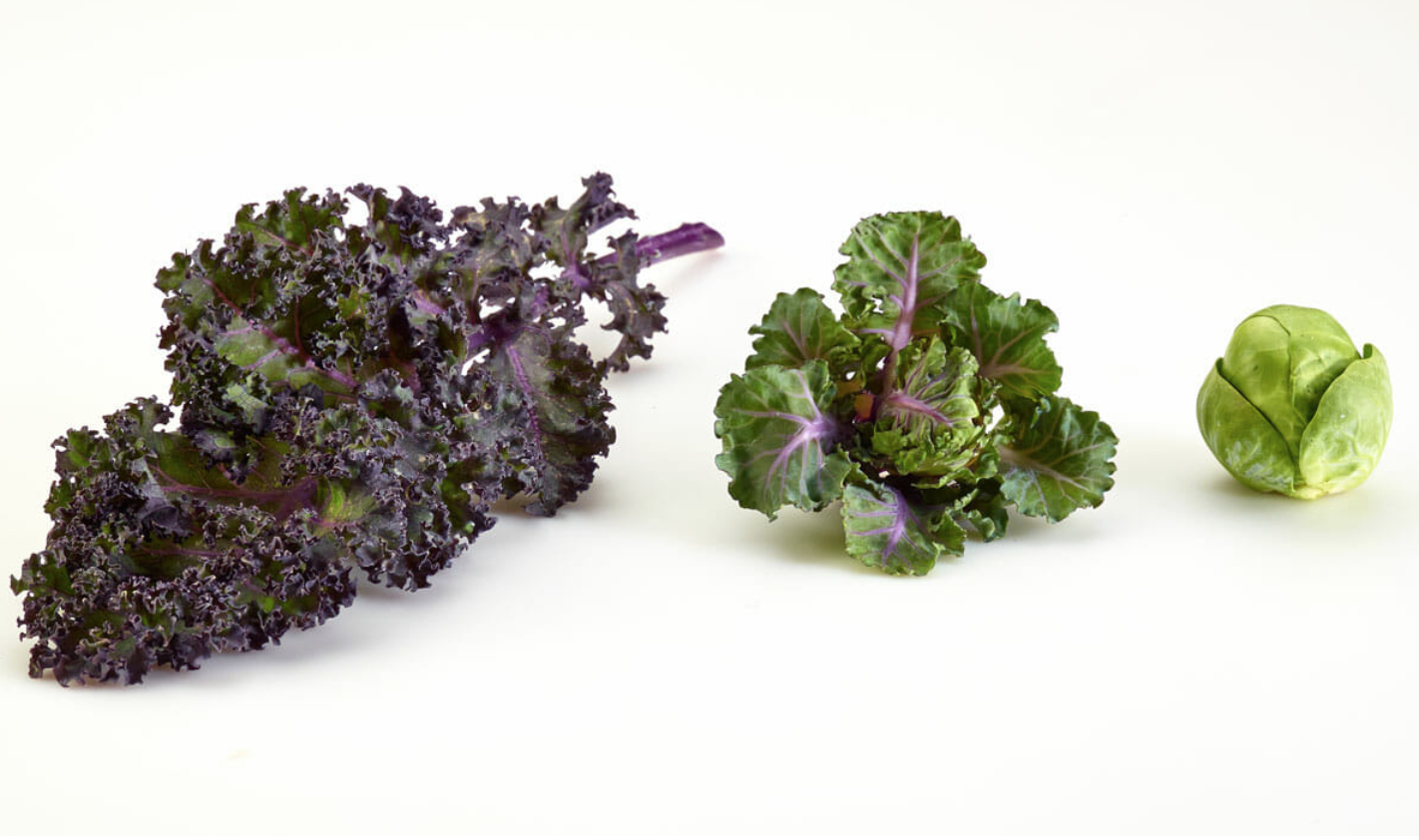 Turns out, Tozer Seeds, a British vegetable breeding company, is one step ahead of you. They’ve developed a Brussels-kale hybrid that they’re calling Kalettes™, which shoppers will be able to find in supermarkets in the U.S. starting this fall. Tozer successfully produced a vegetable cool kid – but it was kind of an accident, and it took them 15 years.

Tozer mainly focuses on tweaking existing seeds. They develop things like canker-resistant parsnips, slow-bolting celery and new varieties of runner beans, but they also do some seed breeding experiments, which their sales director David Rogers calls “Blue Sky projects.” In the lab, scientists mix plant strains to see what they come up with.

In 1995, Dr. Jamie Claxton, who was relatively new to the company at the time, started mixing brassica lines. He mashed up kale and Brussels sprouts and the resulting vegetable, which had kale-like leaves on a Brussels-y stalk, was interesting enough that Tozer decided to put some research behind it. Brussels sprouts sales, which had always been pretty high in the U.K., were dropping, and they thought they might be able to perk them up.

But that’s where trend forecasting gets a little fuzzy. The success of this mashup came down to luck. The scientists had no idea that kale, bolstered by future appearances on “The Ellen Show” and being named one of the “trendiest” vegetables of the last 50 years by Bon Appétit, would become cool. After all, it takes a long time to develop a new species, even when you’re in a lab and with a team of scientists. “If you cross two lines, it takes a year to see how it turns out,” Rogers says.

That’s why you don’t often see completely new vegetables. The last new veggie to be introduced was Broccolini, which was developed in 1993 by Sakata Seed Company in Japan. It took Tozer almost 15 years until they felt like they had a marketable product. They tweaked the flavor to tone down the Brussels, worked on varieties that had longer growing seasons and bred in strains that they deemed more attractive. Even now, as it’s being sold, they’re still tweaking the details.

Getting a lab-perfected plant is only part of the process. From there you have to convince farmers to grow it and stores to sell it. Rodgers says that was the hardest part. It’s a gamble, because it’s hard to tell how consumers are going to react to a totally new food. “Growers could see that it had potential, but no one wanted to grow it on scale, because they weren’t sure if stores would sell it,” he says. In the U.K., they ended up setting up an exclusive deal with one grower, Mani Fresh, and one grocery store, Marks & Spencer. After the first year, the new vegetable, which they started calling Flower Sprouts, was popular enough that both signed on for another. That gave Tozer some confidence. They then brought it to Fruit Logistica, an agriculture trade show in Berlin and won 3rd place in the annual innovation awards. That’s when Tozer decided to try to start selling it in the U.S.

Coming to America came with a new set of challenges. Kale is trendier in the U.S. than it is in England, and they wanted to capitalize on that. The name “Flower Sprouts” wouldn’t fly, they decided. They changed the name to Kalettes to appeal more to America’s obsession with kale’s health benefits.

Tozer also faces issues of infringement. Exclusivity is a big part of being cool, so when you’ve made something completely new it’s in your best interest to claim it, even if that new thing, theoretically, is repeatable. “You can’t stop another seed company from creating a cross, it’s not a difficult thing to do,” Rogers says. He says the only thing you can really keep ownership of is the name, and that’s why they’ve thought so much about branding. Kalettes is intentional, and they’re trying their hardest keeping it exclusive. Only certain commercial growers will get access to the seeds, and they’re figuring out partnerships with stores. If you want to grow it yourself, he says that seeds will be available for small farmers and individual gardeners.

Despite all the work Tozer has done to brand their particular vegetable mashup, Rogers says that most of it comes down to luck. “It’s lifted by the fact that kale is so popular right now,” he says. “In 1995 that wasn’t there. In the U.K. kale has always been sheep food.”